The Leman Classical School Board (LCS) is a Colorado, 501c3, non profit organization. The entity was formed on January 29, 2016 and is vested with a fiduciary responsibility to set policy, fiscal and ongoing governance of the Corporation, and empower its Executive Director / Principal with the ability to carry out that responsibility. The LCS Bylaws, Board Member Conduct and Ethics Policy, and other relevant policies set in place to govern the school can be accessed in the "Policies" tab on the webpage menu. LCS is a 5-member organization with two seats reserved for parent volunteers and three seats for community members. Board members are appointed for a term of three years.

A binder with hard copies of all the organizations contracts, bylaws, and articles of incorporation is available at the front desk Leman Academy of Excellence, 19560 Stroh Rd., parker, CO 80134. Meeting minutes, agendas, and policies can be accessed on the school website. 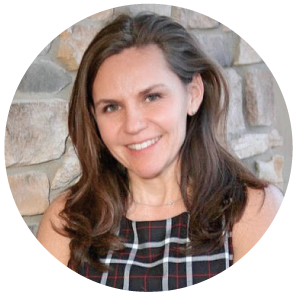 Victoria Hostin moved from Wilmington, DE to Colorado in 2012 with her husband and two young children. She has worked as a freelance grant and proposal writer, drawing largely on her background as a non-profit administrator tasked with collaborating on and creating applications and grants to various stakeholders including corporations, private foundations, and State and local government agencies. Additionally, Victoria partners with her sisters to help run The Farley Group, a small lobbying firm based in Washington, DC.

Prior to her freelance writing career and collaboration with her family around The Farley Group, Victoria lived in Delaware where she co-founded a non-profit Charter School. In her role as board member and co-chair, Victoria secured 501(c)(3) status for the entity, co-wrote and oversaw the charter application process, and represented the school to the Delaware Department of Education’s Charter School Accountability Committee. From 2007 through 2012, Victoria worked for a small private school in Wilmington where she managed enrollment, marketing, fundraising and development. During her tenure there she initiated and stewarded a partnership with the Christina School District to implement the first public Montessori school in the state

Additionally, Victoria had the unique experience of working in Washington, D.C. as a Development Officer at the Smithsonian Institution’s National Museum of Natural History. Victoria completed her MA in Arts Management from American University in Washington, D.C.; her thesis project focused on generating revenue and fundraising strategies for a small non-profit organization. She received her B.A. in English and Art History from Tulane University in New Orleans, LA

Victoria was an active member in the Northeast/Mountain View PTO serving as Co-Chair for two years. Her oldest child graduated from D.C. Oaks Alternative High School in Castle Rock in December 2021.  Her youngest child attended Leman Academy for 7th & 8th grades and is a student at Ponderosa High School (Class of 2024). 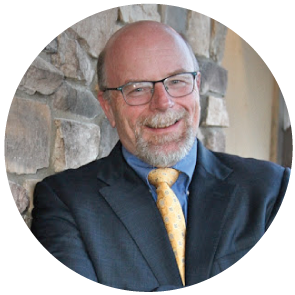 Mr. Arrington earned a B.B.A. from the University of Texas at Arlington in 1983 and passed the C.P.A exam with one of the ten highest scores among the 9,600 Texas candidates sitting for the exam. Mr. Arrington joined the audit department of the international accounting firm Ernst & Whinney (n/k/a Ernst & Young). Mr. Arrington left public accounting to attend the University of Texas School of Law, from which he earned a J.D. with honors in 1986. He was admitted to the Colorado bar in 1987 and has practiced law in the Denver area since then.

His law practice emphasizes school law, litigation in the state and federal courts, transactional issues, and constitutional law, especially in the area of First Amendment and Second Amendment freedoms. Mr. Arrington was a member of the Colorado House of Representatives from 1997 to 1998. He was the co-founder of Jefferson Academy, and a former member of the board of trustees and Secretary/Treasurer of the Independence Institute, a Golden, Colorado-based free-market think tank.

Chris Young is a Colorado native who grew up in Colorado Springs before attending the University of Arizona in Tucson, AZ. Chris has been deeply involved in the Colorado business community since he​ started his first company here in 1995.  He currently serves as the President and CEO of Smartel, LLC, a company he founded in 2003; and is also a member of the Denver Executive Association – an organization he founded in 2004.  With his long-standing involvement in the Colorado business community, Chris brings a skill set to the LCS Board that balances and compliments the suite of expertise already in place. In particular, his experience with startups, marketing, contracts, and relationship management are a welcome addition to the board.

Complementing his business experience, Chris has invested in the Douglas County community as a volunteer holding a number of leadership positions on non-profit boards and associations that reflect his passions. As an active and involved father in Douglas County, he has supported educational, sports and professional groups for decades.  As a reflection of these interests and passions, Chris has extensive experience coaching youth sports including Chaparral High School Girls Tennis (2022), Valor Christian High School Hockey (since 2016), the Arapahoe Youth Hockey Organization (2008-2019), and the US Junior Development Hockey League (2022).

Chris also has specific experience with serving an educational organization. He was a member of the board of director for Renaissance Montessori School in Parker, CO from 2005 – 2010.
Chris is married and has three children – two in their final few years of high school and the third attends the University of Colorado, Boulder. He enjoys playing tennis, hockey and golf and watching his kids play competitive sports. 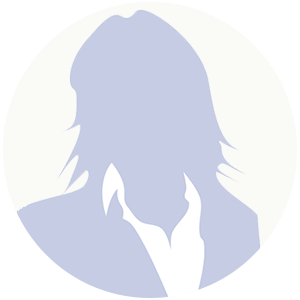 Stacy Thomas currently serves as the School Accountability Committee Chair for Leman Academy of Excellence- Parker. She also served as the Chair for the 2018-2019 academic year. Stacy and her husband, John, moved to Parker, CO two years ago from Farmington, NM. They have five children and three of them attend Leman Academy.

Stacy graduated from Oklahoma State University with a Bachelor’s degree in Marketing. Post-graduation, Stacy worked for Pepsi Bottling Group where she became the first female district manager in both Denver and the Four Corners. After a successful career in sales, Stacy moved to Halliburton Energy Services to become the HR Manager for the Farmington, NM field camp. She served as the HR manager of over 250 employees while also obtaining her Professional in Human Resources Certification. After serving as the HR manager for several years, Stacy moved into college recruiting at Halliburton, eventually becoming the US Manager for College Recruiting. In that position, Stacy assisted in successfully hiring 800+ college graduates each academic year and lead the intern program, consisting of over 200 interns each summer. Stacy was on the corporate board of several universities and traveled the United States, serving as the keynote speaker to professional engineering student groups such as the Society of Women Engineers and Society of Petroleum Engineers. She also served as the liaison to the Halliburton Educational Foundation, which granted over $3 million annually to K-12 and university STEM programs. Just prior to their move to Denver, Stacy decided to become a full-time stay at home mom, where she enjoys serving as an unpaid chauffeur to her kids, a team manager for her kids’ club soccer teams, volunteering in the classroom and being a strong supporter of STEM education and the Oil & Gas Industry. 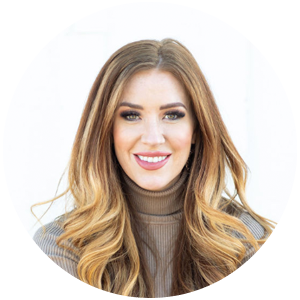 A Colorado native and resident of Franktown, Paige McLaughlin, her husband, Doug and their extended family have been local residential real estate experts for over a combined 70+ years. As one of the co-founders of Mile High Living, Paige also brings with her 10 years worth of experience and knowledge of the financial industry and expertise in creative marketing.

Paige and McLaughlin team have represented over 550 sales transactions in the Parker, Castle Rock, Elizabeth, and Franktown areas since 2004 and have now expanded their traditional re-sale real estate business into residential development projects. Paige and Doug are exclusively marketing Fox Hill, a $150+ million custom home development in Franktown along with a boutique development in north Parker. In efforts to continue to provide superior service to their clients, family and friends, Paige & Doug are strategically partnering with local businesses and non-profits to provide a robust network of resources and trusted referrals. This strategic alignment will not only allow them to continue to make a meaningful difference in the community but allow new and existing residents the opportunity to network and form relationships in the Parker area.

Paige's husband, Doug has lived in the Parker area since 1978, and they are proud to raise their three daughters in the same town that their father called "home" as a child. Two of their daughters currently attend Leman Academy with the third daughter attending as a Kindergartener in Fall 2021.

Proud to be a graduate from Denver Christian High School with a bachelor’s degree in Psychology from Azusa Pacific University, Paige has also served on the Leman Academy School Accountability Committee as Vice-Chair from 2018 - 2020. She enjoys spending time with her family and dogs, cooking, exercising, and traveling.